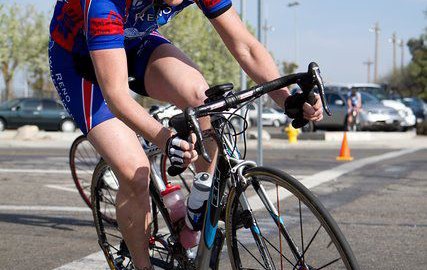 I did the 3/4 race at Vacaville yesterday and wanted to say THANKS for all the intervals and advice. That course has a nasty little hill in the middle. During my warm-up lap, I was reminded how difficult the hill actually is. My memories from last year were that it wasn’t as long or as steep as it really is. So, when the race started, I was trying not to be too stressed about having to go over it 16 times, especially since going uphill has been a weakness of mine for ages.

The first couple laps, I kept finding myself getting nudged into bad pack positions in the turns that precede the hill. On the hill, I easily passed all those people and caught up with the front of the pack. We eventually dropped about 1/2 the pack, which made it easier to be in a good position. Early in the race, someone tried for a lone breakaway (silly in the winds, I say). After a couple laps with the lone rider off the front, I went to the front of the pack with the intent of pulling the group back together. I dropped everyone on the hill, which is something I thought would NEVER happen. I did about a 1/2 lap pull and then we started taking turns and reeled in the rider.

Every lap I felt like a rock star on that hill. I was able to do all this seated while just about everyone else was standing and working really hard. My pedal strokes felt like magic. I never struggled against my bike. I kept thinking about all the laps up Big Springs and how much those have helped.

The race only turned on bad tactics on my part on the last lap. I was thinking about powering over it and down the other side to get a gap with the hope of holding everyone off to the finish, but I didn’t trust myself to be able to go off the front in the wind (there was a very strong headwind in the final straight). I’m bummed about not going for it. I ended up 6th, but with the win I got in July, the 3rd I got in August and that fun breakaway I was in at the Wheelmen Air Center race a couple weeks ago, I’m now feeling like something’s going to happen and soon. It’s all going in the right direction.

SF has a similar hill and it’s a Cat 3 race, so I’m aiming to execute on the tactic (or something similar) I messed up yesterday if I’m feeling good and the race plays out well. I’m done with not trusting my ability and now I really want to go for it. I may be bold and be one of those people who animates a race. Now there’s a thought!

Just wanted to send a big thank you! Your coaching has helped me immensely. 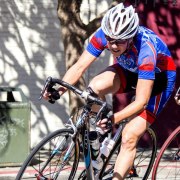 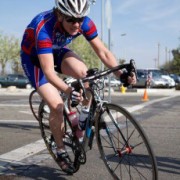