The continuation of an on-going blog by Brad Rassler

Oh, right. On Mt. Tam with Bruce Dern and me at home, nursing a crapped-out Achilles.

Since that post well over a month ago, I’ve driven some 2,888 miles to the Green Mountains of Vermont. I consumed seven donuts on the Trans-Canada Highway. I occupied my office at the headquarters of Alpinist and Backcountry Magazines, where I’m spending the summer, scribbling for a non-living. The first three weeks on the gig I worked well over 200 hours and consumed more donuts and maple syrup. No shortage of Dunkin’ joints around here, dontcha know.

Back to the Great Basin…Prior to lighting out from Reno, Julie gave my bike a good going over; rather, she fit me to it…using a groaniometer (nah – it’s really called a goniometer). Anyway, I’m sitting on my bike properly, and for the first time ever, I  inhabit it rather than it having me.

During the same session, Julie asked me to execute a series of one-legged squats. When my knees tracked inward, she diagnosed weak hips and emphasized the importance of performing the floor exercises she had prescribed early on.

She analyzed my running gait using video and Dartfish.  She re-emphasized the criticality of hip activation exercises.

On a series of too-long runs, I aggravated an old Achilles injury and the tendon sheath bulged in precisely opposite
the pull-tab of my new Brooks Pure Grits (no Achilles notch on that model).  When I begged for relief, Andy Pasternak sent me to physical therapist who informed me I had weak hips (Julie: 1, Brad: 0). This kindly soul – the PT — forbad me to run, hike and climb. So I scrapped a planned foray into the Sierra’s Palisades and attended her torture sessions instead.

Turns out that sweet PT possessed a sadistic streak, evinced by the going over she gave my tendon. I grunted, ground my molars and attempted to stifle agonic squeals as she cranked on the lump to shred the scar tissue. She worked my gastrocs, hamstring
s and glutes. She plied the Achilles with ice and stuck electrical patches to my ankle, cranked the knob and redlined the stimulation meter; I watched in fascination and delight as my toes twitched like a machine-gunned mobster doing the frug before hitting the ground for good.

The following week, I lit out for Vermont.

So here am I. Turns out I landed in the midst of some of the best road riding in New England. Smuggler’s Notch is just up the road, and on the other side of it, Stowe and a 20% climb to regain the notch. Rain falls nearly every day, which puts the “green” in the Green Mountains. There are a lot of happy cows around here. The locals are mighty friendly in that reserved, New Engandy kind of way.

More soon. Meanwhile, here’s a pic of one of the scenics just outside of Alpinist’s headquarters. It might look flat, but it isn’t; all terrain’s a false flat around here. 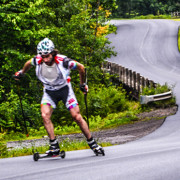 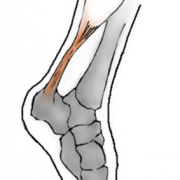 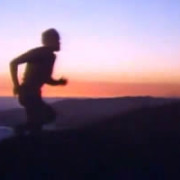 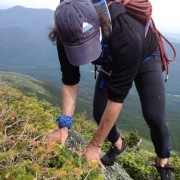 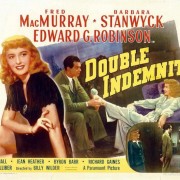 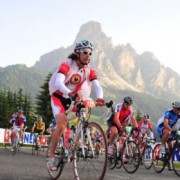