On April 13, I had the opportunity to participate in an incredible challenge with five other teammates, the Rapha Women’s Prestige 2013. It’s a 123 mile team time trial race with approx 12k feet of climbing. There were 18 other teams racing. The Rio Strada Women’s team consisted of four of our strongest cat 3 women, myself (cat 2), and Julie Young (12-year US National A-team member, ex-Saturn, Timex, Cox Cable, etc pro).

For me, 123 miles is quite a distance which I have been training for over the past three months along with my five other team mates. But it’s not the miles that matter so much, it’s the time in the saddle and the ability to push yourself hard off and on during the hours of the race until the end. In order to keep our energy going, appropriate fueling is necessary, both liquids and solid foods. I’m not one to let myself go hungry during a ride or a race either. I probably eat more often than less often.

The Race started from Rapha Cycling Club in San Francisco, about a mile outside of the beautiful Presidio. We headed out through the Presidio, across the Golden Gate Bridge, and through Sausalito. I was glad that I started the day with a large breakfast because 15 miles into the ride, in Sausalito, we started our first long (four-plus mile) climb. I knew it was a sign of things to come. We had a very short breather downhill when we got to the dirt road up to the top of Mt. Tam which ended up being just under five miles long, both fun and taxing.

When we hit the pavement, we fueled up. Our team was lucky enough to have Nature’s Bakery provide each of us with yummy, fresh raspberry bars which we loaded into our pockets. The raspberry bars are my favorite! The packages are easy to open to pull out the bars while riding. I devoured one pack of bars, then constrained myself from gobbling down more to save them for later in the ride.

We were just about a quarter of the way into the ride, at around 30 miles, after a really nice, long downhill. Legs were feeling those climbs but still feeling good. Stinson Beach brought us a nice flat section of Highway 1 along with a beautiful view of the ocean and a very nice, incredibly strong head wind. Ugh! Luckily, another team passed us as we were regaining composure and grabbing a quick bite without stopping, we quickly hopped on to the back of the other team. They carried us for several miles and a comfortable pace.

One of our team mates was starting to fall back. She began having lower back issues from that stint on the dirt. That whole section was incredibly jarring on the body. She kept giving it a shot but her back was not cooperating at all. At this point in the race, we were about 12 miles away from one of the hardest climbs on the ride, Mt. Vision in Pt. Reyes. So unfortunately at this point in our race, we lost the one team mate and she jumped in the support vehicle. We found out later on that this teammate lent her bike to a gal on another team, who’s bike derailleur broke, so that gal could finish her race.

Mt Vision was not without pain. It was a very beautiful climb of 1,300’ up into the park at the top. Then it was an incredibly windy and cold descent. The good news at this point was that this was our turn around point. Now at mile 60, we were headed back. To make things even better, the wind would be at our backs for a very long distance.

We made another pit stop with our support vehicle for more water, Nature’s Bakery bars, a hard-boiled eggs, and electrolyte drink.

On our way again and mostly with a tailwind, we were picking up our pace on any section that was flat or not too hilly. We had a nice long break from the hills up until mile around mile 90 where we were headed up Ridgecrest, a very nice and long climb. My legs were really feeling it at this point. Julie rode alongside me telling me to just focus on a nice consistent pace. That totally helped me too otherwise I may focus on the pain more. I was really starting to fall back further on the hills. So I would ride ahead on the down hills leading in to another hill and start up the hill before the others to  save time. By the time we hit the “Sever Sisters” which is a series of shorter power climbs that overlook the Pacific Ocean and is absolutely beautiful, another teammate and I were feeling the pain.

Finally we reached Mill Valley again then back into Sausalito. We were so close to being finished. We had another mile climb back up to the Golden Gate Bridge. As we approached a traffic light we caught up to team Rapha who had started just before us. As we approached the last climb, team Rapha was pushing the pace. Another teammate and I fell back on the last hill. Our legs were toast. Our other three teammates waited for us at the top at the entrance to the Golden Gate Bridge. Back together again deflated knowing that team Rapha would beat us to the finish line.

Our last few miles of the ride and back through the Presidio were a satisfying relief. As we rolled back to Rapha Cycling Club we were welcomed with a loud, warm cheer from the crowd. Much to our surprise, several minutes after we finished the team Rapha rolled in – apparently a wrong turn navigating back though the city.

What a great day and what a great adventure. Would we do it again? Probably…. 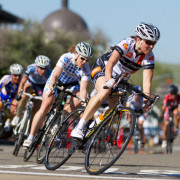 There is a Payoff!!

Fitting it all into the Schedule

Never Too Old to Improve!
Scroll to top