December racing has taken the Elite Team across the globe. After the season openers in West Yellowstone, Sabra, Emily and Spencer traveled to Bozeman, MT for a second weekend of SuperTour racing. The Bohart Ranch course is known for its long, steep uphills and technical downhills, a killer combination that quickly made clear who has the best early-season fitness. Our crew is not aiming to peak in the early season, and as a result we are still working into the type of max-effort fitness required to hammer up those big hills. With more hard intensity efforts, in training and in the upcoming races at Auburn Ski Club, our “race shape” will continue to improve – just in time for US Nationals in early January! Anja didn’t accompany the rest of the group to Bozeman because she went to Europe to race the OPA Cup, which is analogous to the US SuperTour: the leader of the race series qualifies for World Cup starts. Unfortunately, it turns out Europe is pretty low on snow and qualifier races and the first OPA Cups were canceled. Luckily, Anja was able to race a Swiss Cup instead of first OPA Cup and was happy to end up in 3rd place and 1st German. Patrick Johnson spent Thanksgiving in Canmore, Alberta training and preparing for not only his first races of the season, but also his first biathlon races ever!   The 10km sprint and 15km mass start race in Canmore were the largest ever biathlon races in North America, with over 300 competitors.   After only missing four targets in the sprint, Patrick ended a very respectable 5th place. He ski time for the mass start was also great, but there is significantly more shooting in a 15km – a disadvantage for a novice biathlete. Excited about the start to his season, Patrick is now in Minnesota racing the IBU Cup trails and hopes to keep improving his shooting! 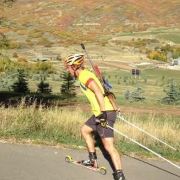 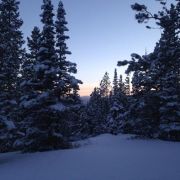 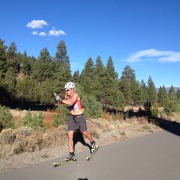 The test that changed the way I look at…Well, everything, Part III
Scroll to top